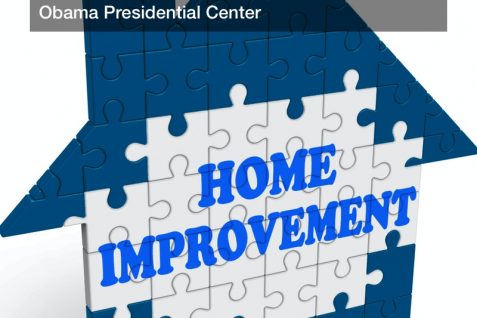 A Divided City: The Construction Battle Over the Obama Presidential Center

The $500 million Obama Presidential Center is on thin ice now that federal judge John Robert Blakey has allowed the lawsuit against the City of Chicago to continue. The advocacy group …

The $500 million Obama Presidential Center is on thin ice now that federal judge John Robert Blakey has allowed the lawsuit against the City of Chicago to continue.

The advocacy group Protect Our Parks first sued Chicago in May of 2018. This came after the Obama Foundation and the University of Chicago unveiled plans to build a library and museum in honor of the former president.

Protect Our Parks and other environmental advocates were appalled that the plan would carve out more than 20 acres of land from Jackson Park, thereby violating the public trust doctrine.

The public trust doctrine governs a variety of environmental concerns, including anything from beach access to wildlife conservation. The main argument posited by Protect Our Parks is that this construction would inhibit the public’s claim over Jackson Park.

“For environmentalists and preservationists who view private ownership as a source of the degradation of our natural and historical resources, the public trust doctrine holds out the hope of salvation through what amounts to a judicially enforced inalienability rule that locks resources into public ownership,” notes an article hashing out the dispute in The University of Chicago Law Review.

Supporters for the Obama Presidential Center had hoped that the judge would dismiss the legal battle between the two parties. However, Blakey only dismissed some of the claims within the plaintiff’s argument, instead allowing the lawsuit to continue.

Among those claims dismissed included allegations of environmental damage to the park. Claims that the taxpayers would take the brunt of burden regarding construction were also dismissed. After all, the Obama Foundation bought the land for only $10 for its use over the next 99 years.

“They are essentially giving [property] to Obama […] for 10 cents a year for 99 years,” claims park advocacy lawyer Mark Roth.

Income taxes account for almost 50% of federal revenue, but city lawyers agreed that the City of Chicago would front the $175 million needed to change roads around the center.

As of now, the center accommodates the museum, along with a number of surrounding buildings, including a 300-seat auditorium. It’s essential that they build with care; for example, if they opt for pier and beam foundation, the beams need to measure 12 feet apart at most.

On the other side of the battle, city lawyers and supporters for the project claim that it could bring much-needed revenue into the city.

Not only would it create more than 5,000 temporary jobs in construction, but it would also create 2,500 permanent jobs and bring in an estimated 760,000 visitors each year after it opens.

Though the building is scheduled to open in 2021, the setbacks offered by the advocacy group has halted the project from breaking ground.

Judge Blakey has expedited the process, putting an expiration date on the lawsuit.