For Your Health: Can You Thank Your Parents For Your Good (or Bad) Dental Hygiene?

Your parents have a huge impact on your dental health, but perhaps not in the way you expect. A new study from a team of Australian researchers at the University of …

Your parents have a huge impact on your dental health, but perhaps not in the way you expect.

A new study from a team of Australian researchers at the University of Melbourne has found that there is little to no link between genetics and dental health. While the study does not rule out the possibility of a link, the study’s authors found that the participant’s genetic makeup did not predispose them to more tooth decay.

However, that doesn’t mean you can’t inherit bad dental hygiene from your parents. In fact, children’s dental health is strongly impacted by their parent’s health.

Published in a recent issue of the medical journal Pediatrics, the study found that young children with obese or overweight mothers were much more likely to have cavities than their peers.

Here in the United States, only 127.6 million adults visit the dentist at least once per year.

In Australia, like in the United States, many young children develop bad dental hygiene early in life. The study found that one in three Australian kids had some degree of tooth decay before their first day of school.

So why do children with obese mothers have more tooth decay?

“The relationship between maternal obesity and child tooth decay is complex,” said Dr. Mihiri Silva. “Perhaps the mother’s weight has a biological influence on the developing fetus or perhaps the risk of decay rises because of increased sugar consumption in that household.”

While baby teeth are temporary, poor dental health early in life is associated with a greater risk of diabetes and other deadly diseases.

A new study performed by the American Cancer Society has found that rates of prostate cancer have begun to stabilize throughout the globe. As the third-most common form of cancer in the United …

A new study performed by the American Cancer Society has found that rates of prostate cancer have begun to stabilize throughout the globe. As the third-most common form of cancer in the United States, this health concern has been among the top health issues witnessed throughout the country.

According to this new study, however, some countries have seen a decline in the numbers of this diagnoses with the United States witnessing the largest decrease in prostate cancer rates.

The study tested the long term and short term data submitted by 44 countries who provided incidence data, while 71 countries submitted data pertaining to cancer deaths. The study took place between 1980 and 2012.

So far, it’s estimated that 37 million Americans throughout the United States will suffer from an enlarged prostate at some point in their lives, but only some of these health issues will result in a cancer diagnosis. However, the data has proven otherwise.

“By comparing rates from different countries, we can assess differences in detection practices and improvements in treatment.”

The decrease in diagnoses is, in part, due to the decline in false positives made from an innovative blood test released in 1994. Though this led to a decrease in the number of deaths among older men who were tested, it also created a surge in incorrect diagnoses, increasing the fear of this condition among middle-aged men.

In fact, many forms of prostate cancer are slow-growing and unlikely to pose a significant health risk. This includes those who are actually diagnosed with this form of cancer. This is one of the many reasons most men aren’t required to get a prostate cancer screening until retirement, around the age of 63. After the age of 70, US Preventive Services Task Force even discourages taking the test in the first place as of 2018.

It was within the last five years that witnessed the greatest drop in prostate cancer diagnoses. This roughly correlates with the Preventive Services Task Force recommendation, who began to advise against the PSA test in 2012.

However, there are further technological advances that are attributed to the global decline of this disease.

In China, medical doctors and urologists have been able to formulate a 3D prostate treatment method. This treatment helps those with prostate cancer, but it also treats benign prostatic hyperplasia and other prostate issues. It has been found that this form of 3D treatment has a 95% effectiveness rating.

Unfortunately, only Chinese urologist Dr. Song is able to perform this innovative treatment. But as technology advances, the future for those diagnosed with prostate issues is looking a little brighter. 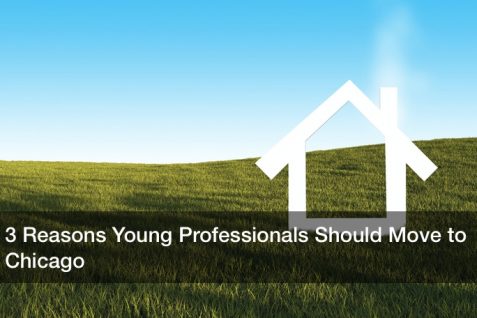 Chicago might not seem as flashy as San Fransisco or New York City, but this diverse city is ripe with opportunities for young professionals. This is the perfect location for renters …

Chicago might not seem as flashy as San Fransisco or New York City, but this diverse city is ripe with opportunities for young professionals.

This is the perfect location for renters and homeowners alike. With 44% of Chicago residents renting their homes, this affordable housing market has become a huge draw for recent college graduates and families alike. And if you’re a baseball fan, you’ll be pleased to know that softball was actually invented in Chicago in 1887.

If you’re one of the many people looking to move to Chicago this year, consider these three reasons to wind up in the windy city.

Chicago is a place with rich cultural opportunities. Because this thriving city bustles with tourists, cultural districts, and creative locations designed to inspire a diverse array of people.

This gives growing children an appreciation for other cultures and a desire to learn new languages. The city of Chicago is full of life and opportunities compared to a sheltered life in the suburbs. Even yoga practitioners have started establishing new businesses in this area. It’s estimated that 50% of yogis give back to their community.

Just like the diverse population residing within the city, Chicago also has a diverse job market. In fact, Chicago has become a recent hub for many jobs, including publishing, finance, food processing, manufacturing, and more.

This flourishing job market is, in part, thanks to the lowering crime rates. The number of shootings has decreased by over 30% in the last two years alone, making this a safer place to live and work.

Chicago is also easy to navigate in terms of walkability and public transit. Many people don’t even need to buy a car in order to get to work or get to the grocery store. Take a ride on the famous L train to visit some of the numerous museums or hail a taxi to hop on one of the countless highways in the area.

Moving to Chicago has become a growing trend among Millennials, and for good reason. Along with accessibility and an improving housing market, Chicago has truly become a hub for creativity and business. That 6% commission to your realtor will feel much sweeter once you’re in your new Chicago home.  After all, Chicago landlords are required by law to give 48-hours notice before they enter your apartment. When you want to move to a city where the resident is put first, think about moving to Chicago.