Skunk Mating Season Should Have Chicago Homeowners on Guard this February 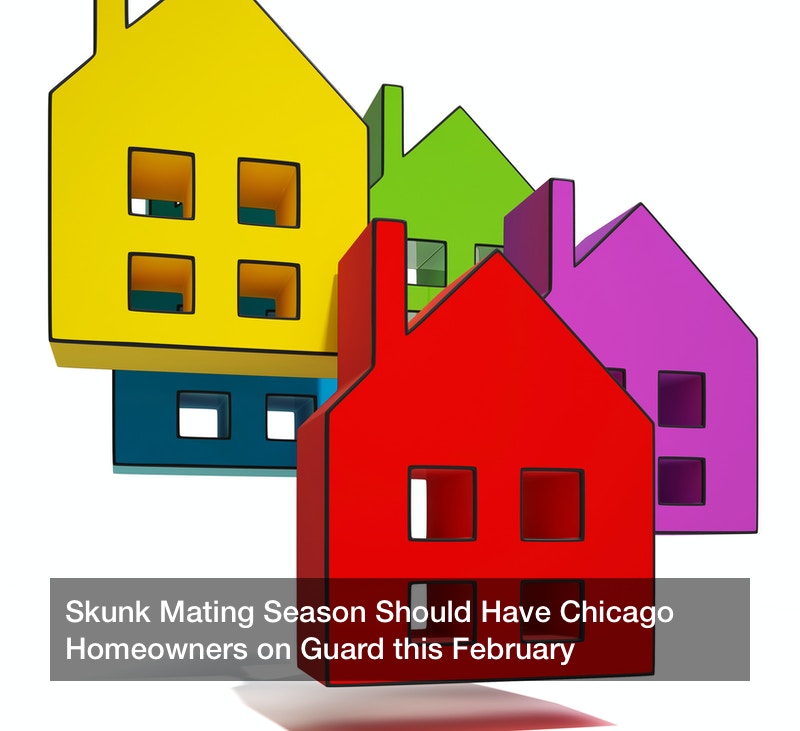 Everyone loves to have a good laugh at Looney Tunes’ Pepe le Pew and his hilarious attempts at romance, but the real skunks of the world merit a little less laughter and a little more caution. Experts are now warning Chicago homeowners to be extra careful this February as skunk mating season unofficially starts, especially since the nocturnal animals are beginning to encroach on city turf.

Skunks have always been fairly common in Lake County, Cook County, and the Chicago suburbs, but officials have reported sightings of the striped scavengers much closer to downtown recently. Lincoln Park Zoo Wildlife Ecologist Liza Lehrer explained last year that skunks have been sighted even within the limits of Lincoln Park.

“We’ve seen them on camera here,” she said.

Lehrer said in an interview with NBC Chicago that the zoo’s biodiversity monitoring program currently operates near 100 trap cameras in downtown Chicago and the surrounding areas. Almost all of the cameras have revealed footage of skunks traveling further into the city over time. 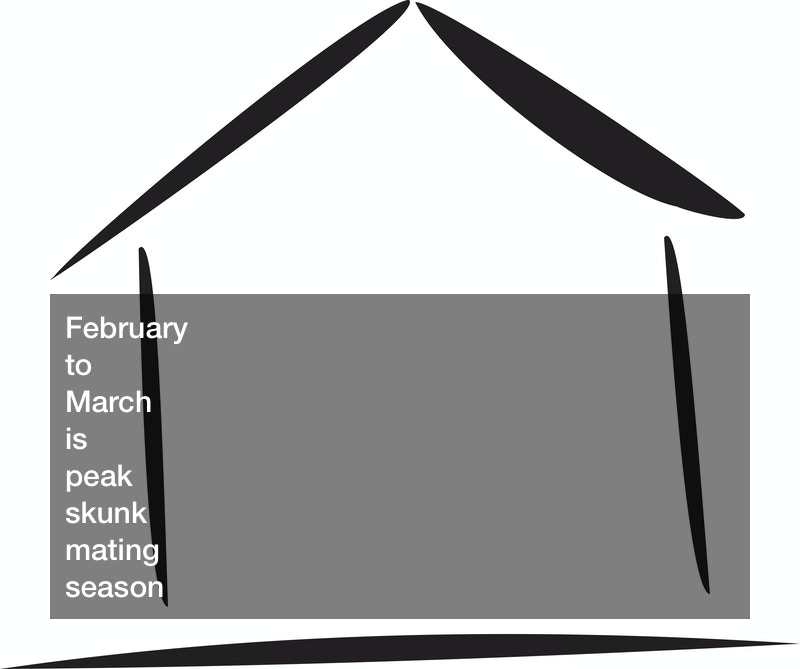 Making skunk matters worse: February to March is peak skunk mating season, apparently. This is a particularly serious problem for homeowners in the suburbs, as skunks can choose fairly inconvenient places to settle down during this time of year.

During the mating season, many mammals, including skunks, find a safe place and stay put as they prepare to raise their young come springtime. That’s a problem, because skunks can be just as likely to burrow into a safe wooded area as under a homeowner’s deck.

And despite the signature scent that too often comes with skunks, many homeowners won’t even realize what they’re dealing with. Instead of calling animal control or wildlife removal services, they’ll call an HVAC company or a plumber. Often, these unfortunate contractors are the ones who discover that a skunk has taken up residence near the home.

So what should residents do if they encounter a skunk on the property? The most important thing for homeowners to keep in mind, especially during the skunk mating season, is to give skunks their space. According to wildlife removal experts in Lake County, skunks can spray their sulfur-scented defenses distances of more than 10 feet, so it’s important to stay at least 15 to 20 feet away if possible. 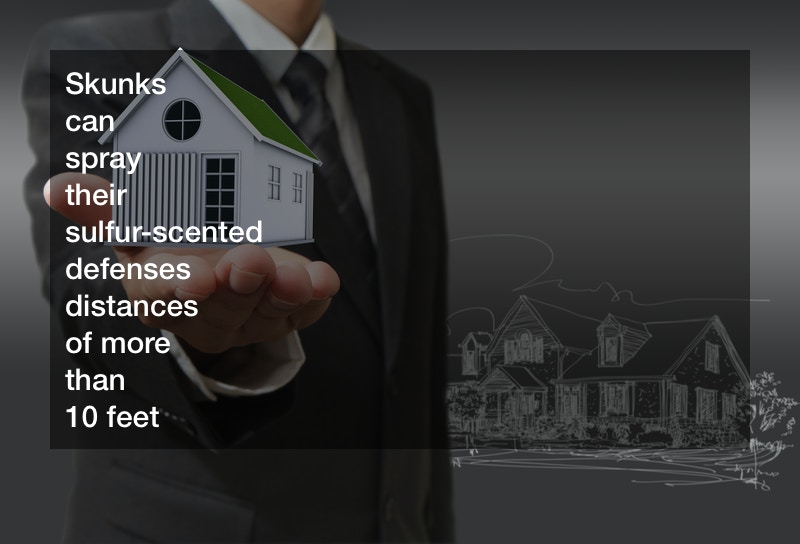 As with all nuisance wildlife problems, experts advise that homeowners never try and relocate or interact with wild animals in any way.

Skunks are known to nest in whatever occupied space they can claim as their own. They will take over abandoned burrows of other animals, hollow logs and tree stumps, and crawl spaces under the home or porch/deck. Unfortunately this means most homeowners have several spaces available for a skunk infestation. So what exactly is the best approach to skunk removal?

Dealing with skunks can be very difficult because of their spray. If you are researching how to deal with a skunk, the answer is don’t. Contacting pest management services is your best recourse for dealing with skunks. The local skunk removal Chicago residents count on, for example, come from these pest management services. Although most people attribute their work to post control for your home, home pest prevention means preventing animals like squirrels and skunks from getting too comfortable on your property as well. If suffering from an infestation, make sure you are not dealing with skunks on your own. Contact a professional to deal with the skunk and seal off any desirable habitats for future home pest prevention. Don’t risk being sprayed, contact professional pest management services.