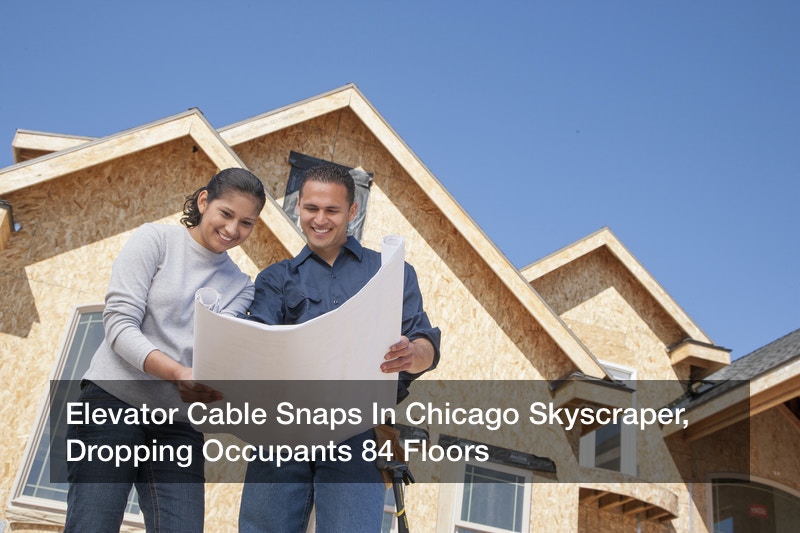 Six people were trapped in an elevator in Chicago’s former John Hancock Center for three hours after plunging 84 floors. The rescue itself took a total of two hours.

In the early hours of the morning of Friday, Nov. 16, just after midnight, a hoist rope broke in an express elevator. Guests from the Signature Room on the 95th floor who were trying to go to the lobby without incident instead had a terrifyingly fast ride to the 11th floor. The elevator was able to stop there because several other hoist ropes had remained connected and worked to halt the elevator.

Elevators are necessary for a variety of reasons. Many differently-abled individuals rely on passenger lifts when they are unable to climb stairs. Additionally, for a building with 84 floors elevators are essential when it comes to making meetings on time. Learning when to use an elevator pitch can also help out your career when you’re stuck in an elevator with someone.

Expecting everyone in the building to climb stairs is simply unrealistic. But many buildings have staircases as well since the age-old question “can you use an elevator during a fire” is a hard no.

Are you curious about how elevators work? Check out this video:

According to some of the elevator passengers, no one was injured but it took some time for building security to call the firefighters. As an elevator of standard-size is just 12 to 15 square feet and a mid-size one averages 15 to 18 square feet, this delay caused the passengers to be trapped in a small space for about an hour before rescue crews even arrived.

The elevator was stuck in a blind shaft, which is a shaft in which there are not openings at every floor to free the trapped passengers. Incidentally, the 11th floor was one floor without an opening. Once the rescue crews did arrive they had to break a concrete wall in the garage area of the 11th floor in order to free them.

After they broke through the wall, the crews shored up the elevator so that it wouldn’t fall further. They then used a small ladder to free those trapped inside. Elevator rider Jaime Montemayor told local news WBBM that he thought they were all going to die when the elevator started its plunge.

According to data from the U.S. Bureau of Labor Statistics and the Consumer Product Safety Commission, escalators and elevators cause the deaths of about 30 and seriously injure about 17,000 people each year in the United States. Simply riding in an elevator is relatively low-risk, as the majority of these accidents involve workers on or near elevators.

The elevator in the Chicago skyscraper reportedly passed its annual safety inspection earlier this year. The elevator and two others are now closed as crews repair the broken hoists and investigators attempt to determine what caused the ropes to snap in the first place.