Combatting Elderly Obesity: 5 Tips to Improve Your Quality of Life 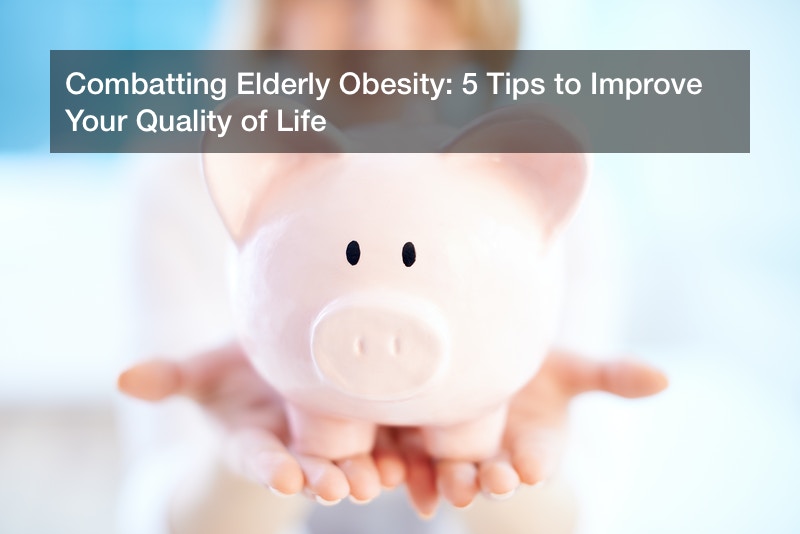 American life expectancy has reached a new high of 77.8 years. The U.S. Census Bureau reports that there are currently 27 million people over the age of 70 years old in the U.S., and that number is projected to nearly double by 2030.

Just because people are living longer, however, doesn’t necessarily mean they are living healthier. The prevalence of obesity, defined as a body mass index (BMI) of 30 or higher, has increased over the past 25 years in all age groups. Roughly 34.5% of men above the age of 20 are obese and elderly Americans have it even worse. In fact, from 1991 to 2000, a 56% increase occurred in obese people between the ages of 60 and 69 years old.

“We think it’s the perfect storm of several factors,” said Dr. Scott Kahan, an obesity medicine specialist at George Washington University. “It used to be thought that older patients don’t respond to treatment for obesity as well as younger patients. People assume that they couldn’t exercise as much or for whatever reason they couldn’t stick to diets as well.”

Here are some elderly health tips that will help combat obesity and improve your overall quality of life: