CDC Says Number of Flu Cases Is Increasing Throughout the U.S. 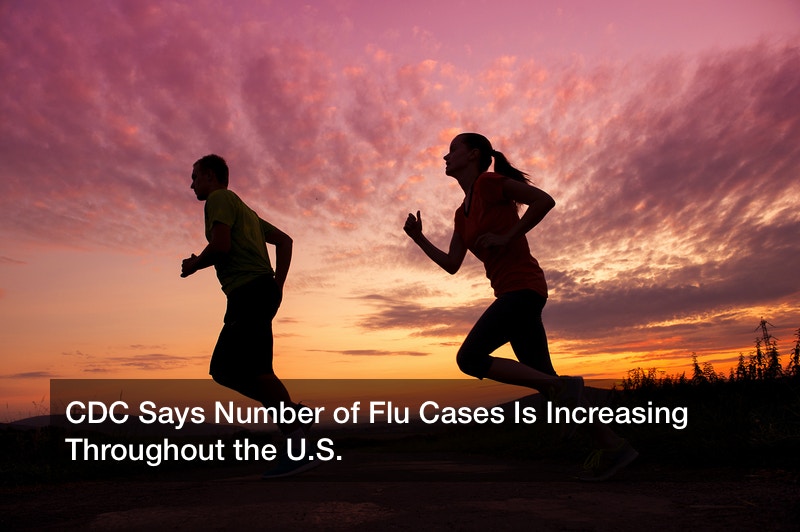 We’re in the midst of flu season and according to the Centers for Disease Control, flu cases around the country are continuing to rise. Fortunately, we’re not yet at epidemic levels, but we’re still early in flu season.

At the beginning of December, only Georgia and Colorado had reported high numbers of flu cases. At the end of the month, Alabama, Kentucky, Louisiana, Maryland, New Mexico, South Carolina, and New York City all joined that list. Seven other states, along with Puerto Rico, are reporting moderate flu activity.

According to the CDC, about 79,000 people died from flu-like symptoms last year, 185 being children under the age of 18. This year, only 11 flu-related deaths of children have been reported so far.

Since the beginning of October, influenza A viruses have been seen throughout the United States, but influenza B viruses are going around too.

Unfortunately, it isn’t always easy to get accurate accounts of flu-related illnesses and deaths. This is because it’s also the time of year when people come down with other illnesses and flu complications, like pneumonia. But there are people who are a higher risk of coming down with the flu and seeing complications, including pregnant women, children under five, people older than 65 (20% of the population by 2030), and those with certain medical conditions, like the 1.5 billion people who have chronic pain conditions.

Flu symptoms can vary but often include a fever, chills, a sore throat, runny nose, and a cough. The flu is typically accompanied by extreme fatigue, body aches, and headaches.

So how can you best protect yourself against the flu? Doctors still recommend that everyone six months and older get the flu vaccine. Because the flu virus can stay on hard surfaces for up to 48 hours, good hygiene is crucial this time of the year. You should always wash your hands before eating and after being around someone who is sick. Avoid touching your eyes, nose, and mouth when possible and keep your home clean. And if you do happen to get sick, make sure to keep your germs to yourself and stay home from school or work when possible.