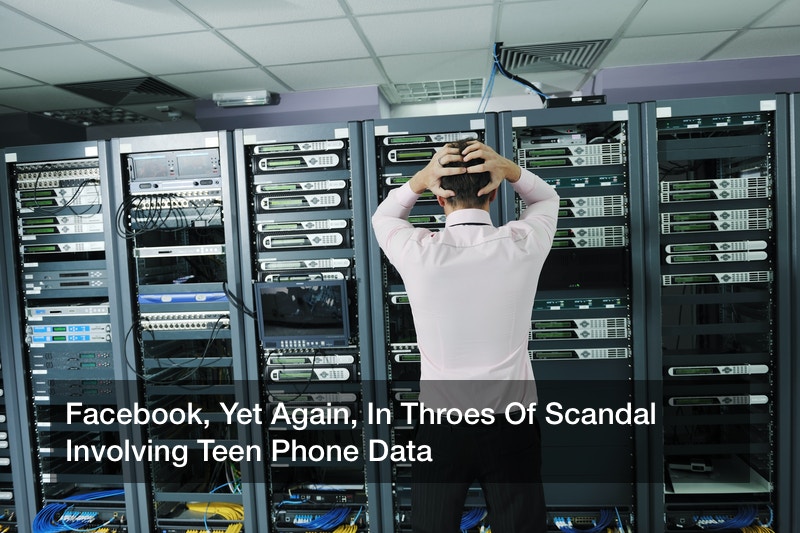 There’s a meme out there that pictures a person riding a bicycle, jamming their own spokes with a stick, then lying on the ground after the fall, blaming anything and anyone else but themselves. That’s what Facebook has been doing to themselves over the last year. We’re starting to get to the point where user data and privacy issues go together with Facebook better than caviar and crostinis.

They’re quick to become a quotable statistic synonymous with distrust if they keep up their current trajectory. For instance, the CDC reports that one in six Americans gets sick from contaminated food every year. Soon enough, we might see similar reports that give alarming statistics detailing the amount of data Facebook mishandles in a year. Heck, even in a given month. Now they’re ensconced in drama, yet again.

It was recently discovered that, since 2016, Facebook has been paying users $20 per month to install software on their iPhones that would allow the company to have extensive access to the data on their personal devices. The extent of that access is unclear, but they’re not in a good spot because the audience this data mining tactic targeted happened to include teenagers.

Between 75% and 80% of malicious attacks happen within an organization rather than from external hacking. Organizations are questioning who dreamed up this mess within the social media giant. With targeting users between ages 13 and 35 a main feature of this tactic, how it got through conception to full deployment without someone questioning how wrong it could go is mind-boggling.

Now Facebook is against the ropes, yet again. Apple pulled that software from the App Store for breaching policy. Moreover, Facebook is exposed in what people are seeing as a low-budget bribe for user’s personal information. Even worse is that the near trillion dollar company couldn’t find it in themselves to offer more than $20, hence targeting a user audience more likely to grant access for such a modest fee. Teens. Around 95.4% of Americans participate in some manner of charitable giving every year, but those donations often include access to our most private information.

“Despite early reports, there was nothing ‘secret’ about this; it was literally called the Facebook Research App. It wasn’t ‘spying’ as all of the people who signed up to participate went through a clear on-boarding process asking for their permission and were paid to participate. Finally, less than 5 percent of the people who chose to participate in this market research program were teens. All of them with signed parental consent forms,” remarked a Facebook spokesperson.

Still, the damage is done. And given Facebook’s track record over the last year, the last thing they need is any more questionable data-handling scandals.

One astonished reply that reflects the comparative severity of Facebook’s data disaster epidemic was the tongue-in-cheek remark from SoFi’s VP of Communication, Jim Prosser:

“Only way this looks worse is if they had compensated the teens with Juul pods.”